Animals First Veterinary Hospital is committed to providing you with the very best in pet healthcare. Our veterinary team bring a wealth of experience to the practice and have individually obtained high standards of professional qualification. 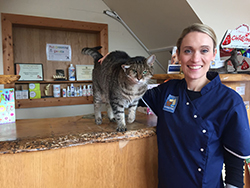 Marie Lawlor
Veterinary Surgeon
MVB
Marie is a Kildare native and qualified from University of Glasgow in 2011. She has recently moved back close to home and shortly thereafter joined our team at the practice. She has three dogs and one horse and is a keen horse rider. 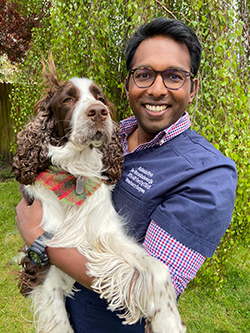 Dinuka Warnakulasooriya
Veterinary Surgeon
BVSc
Dee grew up in Melbourne, Australia and qualified from the University of Melbourne Veterinary School in 2014. He worked in rural mixed-animal practice for 2 years in Victoria before moving to Sydney to work in a small-animal emergency Hospital for a year before moving to Ireland with his wife Ciara Burke. Since then, he has worked in both mixed and small animal practice in Tipperary, Kildare and Dublin. During this time, he completed a 2-year post-graduate course in small animal surgery obtaining a GPCert through ISVPS and a PgC through Harper Adams University. He enjoys all aspects of general practice with a particular interest in surgery.

Conor McMahon
Veterinary Surgeon
MVB, MRCVS
Conor is a native of Tyrone, but some people think that he is American because of his accent. A UCD graduate, Conor spent over 20 years practicing general and small animal emergency medicine in New Jersey and Vermont. He moved back to Ireland in 2004 to open Animals First. Conor enjoys dressage, golf, watching gaelic football, and visiting his lake house in Canada.

Conor McMahon is still very much a part of the team. He has the benefit of many years experience as a small animal vet as well as emergency medicine experience. 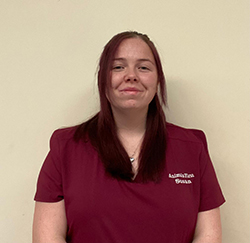 Susan Meenehan
Veterinary & Administrative Assistant
Susan is a Kildare native. has been working as a veterinary assitant since 2007. Her main interests are stock car racing, hill walking and spending time with her cat Blackie. 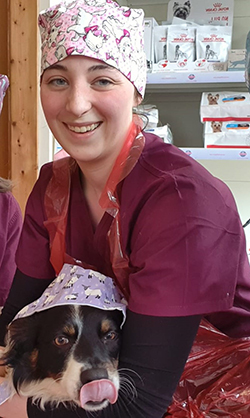 Our out of hours emergency service is run by MiNightVet in Kildare.